Plant a tree in memory of Eileen
An environmentally-friendly option 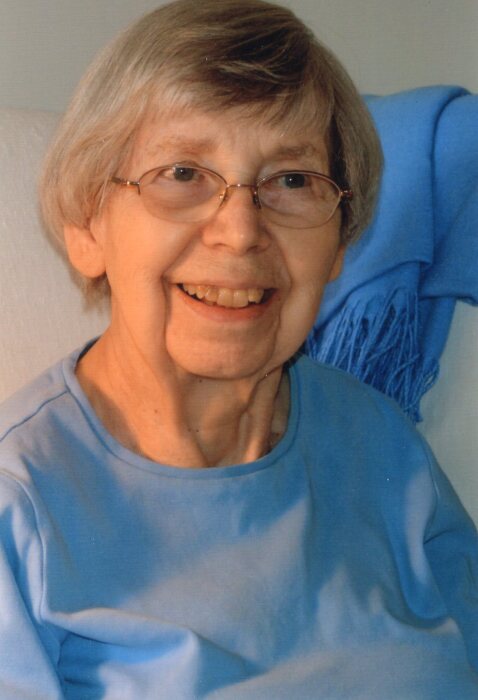 Eileen Boyd Hutchinson, age 98, died peacefully in her sleep on March 10 at Concordia Villa St Joseph, in Baden, PA.  A Pittsburgh native, she was born in Oakland on January 1, 1923, the youngest of four daughters of Francis Leech Boyd and Charles Newell Boyd, a respected classical musician, teacher, and author.  From her parents she inherited a lifelong appreciation of music and the arts, and a love of learning: her keen curiosity was obvious from an early age.

She graduated from Schenley High School, and from the University of Pittsburgh with a bachelor's degree in Latin.  She attended Western (now Pittsburgh) Theological Seminary, where she met her husband, the Reverend Harry T. Hutchinson, whom she married in 1949.  She received her master's degree in classical studies at Duquesne University.

She taught Latin at the Sewickley Academy from 1968 to 1988, and continued to tutor young Latin students until she was 95.  She was an active member of the Pennsylvania Classical Association.  Not all of her students graduated with a love of Latin but all of them remember her classes, enlivened by a Roman garden, complete with columns constructed from Friendly's ice cream tubs, in the middle of the classroom.  She twice translated Virgil's Aeneid into English purely for the pleasure of the exercise.

Two of Eileen's great loves were birds and gardens, and somehow she negotiated the contradiction.  She was in the woods before dawn on many spring mornings, carrying binoculars and adding to her long Life List.  She was partial to flowers--and was a prolific gardener--but anything that grew from the earth had her interest and affection.  She lived on Neville Island for several years, and was a founding member of Neville Green, the community's renowned beautification program.  Neville Green awards an annual college scholarship in her name.

After retiring she volunteered at Carnegie Library in Pittsburgh, and maintained an active correspondence with friends around the world.

Eileen was a prodigious knitter, and the sound of clicking needles was background music at every meeting she attended.

Like her husband, Eileen believed strongly in civil rights, justice, and world peace.  She worked with national figures like Bayard Rustin and supported numerous local causes.  She was a strong and determined fighter for all of her beliefs.

She is survived by her son, Peter, daughter-in-law Neva Marie Hutchinson, and her grandson, Andrew Boyd Hutchinson, along with three nieces and a nephew, all of whom she loved deeply.

In lieu of flowers, donations can be sent to Neville Green at 7204 Front River Rd, Neville Island, PA 15225.

Plant a tree in memory of Eileen by clicking here.
To send flowers to Eileen's family, please visit our floral store.

A service summary is not available

Plant a tree in memory of Eileen
An environmentally-friendly option

Plant a tree in memory of Eileen

1 tree planted in memory of Eileen

A Memorial Tree was planted for Eileen Boyd Hutchinson

We are deeply sorry for your loss ~ the staff at McDonald-Linn Funeral Home, Inc.
Join in honoring their life - plant a memorial tree

Plant a tree in memory of Eileen